We all have a deep need to know ourselves and be known, to love and be loved. It is one of the deepest roots of our being, one that must be grown and realised.

On the surface, it may be confused with egoic pursuits of recognition, but it is much more profound than that. It is a matter of total resonance, of experiencing oneness.

If you do not meet this need, something will always be amiss and you will always feel unsettled, awry, unrealised.

No outer manifestation will reach into it, it is an inner phenomenon. You reach it by going into yourself and discovering who you are.

When you merge with yourself, the outer responds in celebration. It comes rushing towards you. This is one of the highest forms of realisation.

When you come home, you want to invite everyone, and you want to share it with everything. Your life becomes an endless housewarming party!

When you come home, everything you have thought, theorised, philosophised and prayed about disappears like dust on the wind. You and oneness realise one another and all pursuits of the mind reveal their meaninglessness for a moment before drifting away forever.

There is no God, there is only God, no you, only you. Words evaporate on musical notes of laughter into the eternal.

All of existence, all that is and ever was, congregates in the moment in a white light of pure consciousness.

Recognising yourself turns everything to love.
Posted by Robin Wheeler at 15:31 1 comment:

Form fades. It's a fact. That's its function. It forms then fades, comes then goes.

Everything comes then goes, from your breath to a butterfly, to you, to a mountain, to the solar system.

It's ironic that the only real thing is nothing. Reality has no form. Anything with form is a dream, it is not permanent.

It is the most marvellous delight, a rare privilege of the highest and most mysterious order. Are you enjoying your form to the full?

Are you living the adventure to find your formlessness?
Posted by Robin Wheeler at 08:38 No comments: 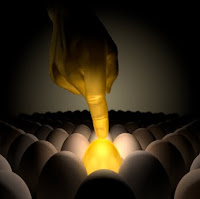 Alchemy means having the Midas touch, being able to turn base elements into gold.

It means being a catalyst, a mystic. It is a wonderful word for being yourself for a living.

Alchemy means travelling your journey and being on your path. It is a state of understanding and harmony.

Alchemy is intelligence. It looks mysterious but it is merely more alive, more experienced, more insightful, more in tune.

Your touch turns things to gold because everything passes through your consciousness, which cleanses it and gives it a sparkle.

Your awareness purifies. It puts people who come near it in touch with themselves and the clarity of creation. It makes sense of their stories.

It gives them an inner glow. They go away enriched with access to the divine. They are re-sourced.

You need to travel far and wide until you realise that everything you have been looking for has been with you all the time. You have been going out when it is within.

Going out has eventually taken you in. Going in then brings you out. What you find makes you very rich, as you are. It also draws the world to you, as everyone wants more than anything to be themselves.

Simply prepare yourself and spirit will find you.

The alchemy is in the quality of your being. The wealth is in finding yourself. The gift is in drawing people closer to themselves by simply sharing your presence.

In that, love is exchanged. Love leaps from one conductor and induces another.

Love is what turns everyone and everything to gold.
Posted by Robin Wheeler at 17:31 No comments: 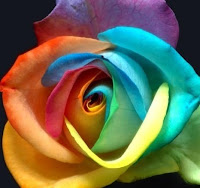 For the majority of people still, religion is synonymous with culture. I make a clean distinction.

Culture is beautiful. It is socially developed, rich and varied in its rightful place. But people take it too far and believe in it, applying it to deeper realms in the absence of deeper experience.

They have not tasted true religion, so they extend their social self to the realm of spirit. Many problems arise as a result.

Spirit is never discovered because they think they know it, so they never enquire and explore sincerely. They accept what they have been taught and defend it against other factions on the same level of form.

They uphold differences in the name of oneness and live in war. They also can't enjoy culture in its rightful way, which is lightly and colourfully as a collective creation.

Culture is a celebration. It is not fundamental, so it is for weaving not believing. It is a fabric, a cloth and covering, not an inner phenomenon.

So the discovery of religion does not imply the loss of culture, just the distinction between the two. What most of us see as religion is simply culture, and what is true religion is on the horizon, what we are beginning to find.

True religion, or religiousness, or spirituality, or spirit, is clear consciousness, no more and no less. It is non-denominational, uncatergorisable, universal and beyond.

Culture is created, it comes and goes, whereas spirit is eternal. If something separates and defines you, it is cultural and superficial, a function of form and diversity.

When something unifies and liberates us, it is spiritual and fundamental, a function of the formless and non-sensory.

When you differentiate between culture and religion, you can enjoy the first for what it is, and truly encounter the second. Your culture is yours, a heritage.

Religion belongs to no-one, we are an extension of it.
Posted by Robin Wheeler at 10:36 No comments: